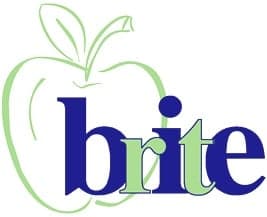 We are pleased to announce the annual Bridgewater-Raritan Invitational Tournament of Excellence (B.R.I.T.E.), a New Jersey State qualifying quiz contest preceding a National Academic Championship. Since 1978 we have sent champions to the national competition in Washington, D.C., Texas, Florida, and Ohio awarding more than $200,000 in scholarships to finalist schools. Today, the B.R.I.T.E. tournament has grown to become the only one in NJ whose winner is an automatic qualifier for the National Academic Tournament.

Questions Contact Lori Dini via email at BRITE@b-rea.org or via phone at 908-725-8002. Please be sure to specify your school and name.

Dates: The 2019 BRITE Tournament is canceled.

Location: All Rounds, except the Final Round, are played at Bridgewater-Raritan Middle School and start promptly.

Time: Competition begins promptly at 4:00pm but please do not arrive before 3:00pm

Eligibility Any secondary school in New Jersey may select by any means it deems appropriate six students who will represent the school in competition. Only four students may serve on the game panel at any one time, however, substitutions are allowed prior to the start of the next game. These students may compete in the first three rounds of the tournament and in any subsequent final rounds for which they qualify. One of the four competitors shall be the designated spokesperson for the team and shall be the sole oral respondent.

Format Competition will take the form of a modified Jeopardy game. Each round consists of three (3) games. There are five (5) categories of questions within each game. The questions will cover a variety of subject areas and will be graduated in difficulty. Each of these will carry a point value proportionate to its degree of difficulty. Questioning will alternate from team to team, with chances to "double score" one's opponent by correctly answering a question previously answered incorrectly by the opponent.

Awards Recognition will be awarded to outstanding schools and to individual team members at the conclusion of competition. Certificates and trophies will be awarded, and the winning schools will take home checks in a sizable amount to be deposited in the school's scholarship fund and disbursed to students pursuing higher education. These awards will be provided solely by the Bridgewater-Raritan Education Association. In addition, the winning team will receive paid registration for seven (7) team members and up to $1,000 towards the cost of transportation to the National Finals in the summer.

National Finals The winning team from this tournament will be qualified to register as one of two New Jersey schools representing the state at a National Tournament.

Inclement Weather If school is closed for the day, dismisses early, or cancels after school activities, the BRITE Tournament will not be held that day.

Since 1978 B.R.I.T.E. sent champions to the national competition in Washington, D.C., Texas, Florida, and Ohio awarding more than $200,000 in scholarships to finalist schools.

In 1978, Mr. Hugh Farley, a member of the Bridgewater-Raritan Education Association (B-REA) and a respected teacher in the school district, proposed to the leadership of B-REA that our Association establish a county-wide academic tournament which would celebrate the achievements of the academically talented student.

In the first year, B-REA went to work and contacted all of the high schools in Somerset County: public, private and parochial, and found that fifteen of them were genuinely interested in joining to promote such a tournament. A series of meetings helped to refine the concept, tackle the problems of scheduling and awards, and determine the best method of attracting more schools to the tournament.

From the nucleus of fifteen Somerset County schools now more than seventy (70) schools throughout NJ are competing annually in this tournament. In addition to the increased number of participants, in 1984, the tournament began to offer scholarship moneys to the winning teams. Today, the tournament has grown to become the only one in NJ whose winner is an automatic qualifier for the National Academic Tournament.

Tournament Fees There is a fee of $250 per team ($225 for each additional team), plus registrants must submit a registration form by mail or online. All checks should be made payable to B.R.I.T.E. The registration fee is used to defray the cost of scholarship awards, questions, trophies, refreshments and transportation of the winning team to the National Academic Championship. Forms should be completed and returned to the address printed below no later than January 23, 2018. We intend to cut off registration after receipt of the first seventy teams. First come, first served. Confirmation and further information will follow receipt of the preliminary registration form. Note: Teams that withdraw must do so prior to January 23 in order to receive a refund for your team.

Questions Contact Lori Dini via email at BRITE@b-rea.org. Please be sure to specify your school and name.